The Architecture of Lincoln Memorial

The building is built in Neoclassical style, very popular at the time, especially for important governmental institutions, museums, and cultural institutions. The Neoclassical style is inspired by ancient Greek and Roman architecture. The building is in the form a Greek Doric temple. The Neoclassical style arrived in the late 18th century and has become very popular. The style also gave great emphasis to sculpture in general. The memorial contains a large seated statue of Abraham Lincoln and has his two known speeches inscribed in the lower parts of the sculpture. Two well-known speeches of Abraham Lincoln are the Gettysburg Address and his Second Inaugural Address. This memorial site has inspired many famous speeches in the American history, including Martin Luther King Jr. speech “I Have a Dream”.

Since the National Mall was listed on the National Register of Historic Places since October 1966, all its monuments, from National World War II Memorial to the Lincoln Memorial, were also listed and protected as sites of exceptional historic and cultural significance. This memorial can be visited anytime because it is opened 24 hours a day. The American Institute of Architects has listed among America’s Favorite Architecture. It is estimated that around 8 million people visit this memorial every year.

Three years after Lincoln’s assassination, the first memorial to Abraham Lincoln that was opened to the public was built in Washington, D.C. After Lincoln’s death, there were many demands to honor him. Although there were many efforts to design a proper monument that would honor and glorify this president, the entire matter lay dormant until the beginning of 20th century. Under the leadership of Senator Shelby M. Cullom of Illinois, plans for a new memorial commission were developed. Under the U.S. President William H. Taft, the first meeting regarding the Lincoln Memorial Commission was held. In 1913, the location, as well as the design was finally approved by the Congress. After a dedication ceremony was held in 1914, the construction of the memorial began. In 1922, the project was finished.

The built structure measures 189.7 by 118.5 feet, and it’s 99 feet tall. Inspired by classic Greek architecture, it is surrounded by a peristyle of Doric columns. Each of the 36 columns represents the 36 states in the Union at the time of Lincoln’s death. The shrine, along with the pool monumental steps and the statue of the president, ancient Greek Architecture and culture is reflected.  For more information about Washington DC, click here. 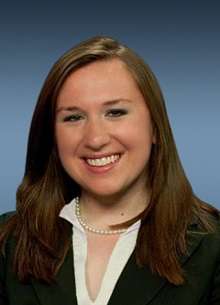