Criminal charges are a threat to your future. A criminal conviction on your record can affect not be an embarrassment but affect your ability to vote, carry a firearm, and obtain future employment and security clearances. Defense attorneys are here to protect your rights and obtain the most favorable result possible for your case. At Bruckheim & Patel, our aggressive Maryland and D.C. criminal defense attorneys are committed to safeguarding your future.

Our experienced attorneys handle a wide range of litigation. In the criminal arena, our specialties focus on DUI/DWI, simple assault, solicitation/prostitution, drug and gun possession, and unlawful entry cases. Misdemeanor offenses have lower possible sentences than felony offenses. At Bruckheim & Patel, our attorneys are with you every step of the way to help navigate the landscape of hearings, plea offers, trial, and, if necessary, sentencing and post -conviction appeals. 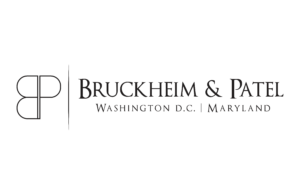 Bruckheim & Patel defends all crimes in Maryland and the District of Columbia, including:

An assault charge could range from felony down to misdemeanor. Aggravated assault is either the knowing/purposeful infliction of serious bodily injury on another person or the intentional/knowing engagement in conduct creating a grave risk of serious bodily injury to another person, causing the foreseeable injury, and doing so in a display of extreme indifference to human life. It carries a maximum sentence of 10 years. Simple assault is the voluntary and purposeful use of violence in an attempt to cause injury to another person while having the ability to do so. As a misdemeanor, it carries a maximum sentence of 180 days in prison and/or up to a $1000 fine. For more information click here

First and Second-Degree Burglary are felony offenses under DC § 22-801. First Degree Burglary is breaking and entering a residential building with the intent to take anything from the premises or to commit a crime. It also requires that someone else is present at the time. The charge carries a possible sentence between 5 and 30 years. Second Degree Burglary is entering a building or property where goods are kept with the intent to steal something or commit a crime. It carries a possible sentence between 2 and 15 years. For more information click here

There are two degrees of theft: First and Second Degree. Theft is the wrongful obtaining or use of someone else’s property with the intent to either deprive the rightful owner the benefit of the property or to keep the property for personal use. The key difference between the two levels of theft is the value of the stolen property. First Degree Theft involves property valuing $1,000 or more and carries a maximum sentence of 10 years. Second Degree Theft involves property with “some value” that is less than $1,000 and carries a maximum sentence of 180 days and/or up to a $1000 fine. For more information click here

Engaging in prostitution or soliciting for prostitution are both misdemeanor offenses. Prostitution involves the performance of sexual acts or contact in exchange for something of value. Prostitution/Solicitation carries a maximum penalty of 90 days for a first offense, 180 days for a second offense, and 2 years for any convictions after that. For more information click here

Restraining orders (“Civil Protection Orders”) are granted when at least two incidences of threatening, harassing, or stalking are provable against a particular individual and when that individual is reasonably afraid. For more information click here

Stalking is committed when a person directs actions against a specific individual with (1) the intent to cause them to fear for their safety, feel seriously alarmed, or to suffer emotional distress, (2) the accused knows these actions will cause the target to reasonably experience these emotions, or (3) when the accused should have known these actions would cause a reasonable person to experience these emotions. A conviction for stalking has a maximum penalty of 1 year for a first offense. Proof of stalking is also a basis for obtaining a restraining order (Civil Protection Order). A violation of a CPO order can lead to criminal contempt charges in DC Superior Court.

Driving under the influence (DUI/DWI)

DUI/DWI is a misdemeanor offense. A person drives under the influence when operating a vehicle while intoxicated by drugs, alcohol, or both. A conviction for a first offense in the District of Columbia has a maximum penalty of 180 days and a possible fine of $1,000. There are differing mandatory-minimum prison sentences depending on the driver’s Blood Alcohol Concentration (BAC) at the time of the offense. For a second offense, the fine could be anywhere between $2,500 and $5,000 and a maximum penalty of 1 year is prison could be imposed. On a second offense, a 10-day mandatory-minimum prison sentence will be imposed, but additional jail time may be required depending on BAC. For every conviction after the first two, the fine could range between $2,500 and $10,000 and a maximum penalty of 1 year could be imposed. There is a mandatory-minimum prison sentence of 15 days for a third DUI offense in the District, but additional prison time may be require depending on BAC. For more information about DC click here, or if you are looking for Maryland click here