Initiative 81 Passes in the District of Columbia

In addition to casting ballots for political leaders, D.C. residents had the chance to vote on a single ballot measure this Election Day. Initiative 81 makes investigations and arrests of entheogenic plants and fungi the lowest level of police-enforcement priority. After receiving 76% of the voter’s support, this measure is a huge step towards effectively decriminalize certain psychedelic drugs, like “magic mushrooms” and Ayahuasca. However, this initiative is not D.C. law quite yet. 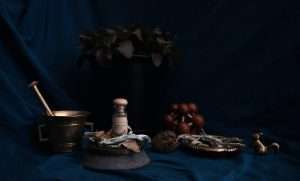 D.C. will join Denver, Colorado, as well as Oakland and Santa Cruz, California, where laws are in place to decriminalize psychoactive plants and fungi. Similarly, voters in Oregon voted affirmatively on a measure to increase the therapeutic uses of psilocybin, the active drug in mushrooms, as well as a measure to decriminalize all Schedule I-IV controlled substances.

One of the main pushes for the decriminalization of these drugs comes from the increasingly vast amount of research being done on the therapeutic uses of psychoactive substances, primarily psilocybin. Dr. Mikhail Kogan, who is cited in Initiative 81, explains the profound benefits in the treatment of anxiety and depression for terminally ill patients. Dr. Kogan also shows how the benefits of these drugs last far after the pharmacological effects have worn off. Other research supports that psilocybin is incredibly effective for treating anxiety and depression in non-terminally ill patients, as well as the lasting nature of these benefits.

Another pressing issue inherent in this initiative is the implications for the nature in which drug-related policing is done in the District of Columbia. Nikolas Schiller, the field director of Decriminalize Nature D.C. argues that this measure is an important step towards ending the war on drugs. Schiller explains that people deserve the right to access effective medical treatment without a fear of being subjected to police scrutiny and arrested. Proponents of the initiative believe this would be a concrete step towards alleviating over-policing of predominately black communities within D.C. that is often done under the guise of the war on drugs. Because D.C. has a higher incarceration rate than any state, and a rising homicide rate, this initiative hopes to reshape police priorities to use resources in a way that improves, not worsens, conditions in the community.

Always be Aware of your Rights

In any event, this initiative serves as an important reminder to be aware of your rights regarding the policing of drugs. The psychoactive compounds that residents have voted to decriminalize under Initiative 81 are currently codified as a Schedule I controlled substance, which are identified as such if the Mayor determines they have both a high potential for abuse and no recognized medical benefit. Typically, drug-related misdemeanors carry a maximum penalty of 180 days in jail and/or a $1000 fine. However, certain circumstances, like the amount of a substance, can increase the charge to a felony. The District of Columbia also has diversion options for certain drug crimes, in which a judge can sentence an individual to probation before judgement if it is their first drug related conviction. If the individual completes the probation program, their arrest record and case will be sealed.

The Initiatives Next Steps

As a result of this initiative passing, the substances included will, possibly, become the lowest enforcement level, making it decriminalized, and it would now be codified that the District’s residents call upon the Attorney General to cease these prosecutions. However, this measure is not law yet: it must be sent to the D.C. Council for review, after which Congress must approve it. Despite this initiative receiving significant citizen support, these substances are not yet decriminalized, thus retaining their Schedule I classification. As such, it is very important to understand your rights surrounding these issues, and how the progression of this initiative could alter them. If you are arrested for possession of a controlled substance, or a recently decriminalized substance, or you have questions about D. C’s drug laws, please contact our dc criminal defense attorneys at Bruckheim & Patel at 202-930-3464.