The War On Drugs

For decades, drugs and drug use have been heavily criminalized and prosecuted across the nation. Beginning in 1971, the so-called “war on drugs,” as coined by President Nixon, represented the effort by the federal government to stop the spread of drug use. More truthfully, and far more insidiously, however, the war on drugs was the Nixon administration’s attempt to demonize his political enemies, subject them to intense police scrutiny, and prosecute and incarcerate them for low-level offenses. John Ehrlichman, a top Nixon aide, admitted in 1994 that the true intention of the war on drugs was to vilify the anti-war left and to justify intensified policing in minority communities. 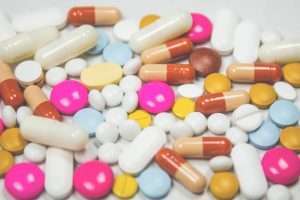 This underlying intention is, to some degree, present in every administration’s iteration of the “war.” Nixon’s war was waged by increasing the size and powers of federal drug control agencies, while establishing mandatory minimum sentences and no-knock warrants. These efforts effectively began the war on drugs, setting the stage for a massive expansion of drug-controlling efforts under the Reagan administration. The 1986 Anti-Drug Abuse Act established harsh mandatory minimums for drug offenses while creating a sentencing disparity of 100-1 for crack cocaine versus powder cocaine. This represents the racism inherent in the war on drugs and the sentencing of offenders. One gram of crack cocaine, which was predominately used in African American communities, would carry the same sentence as one hundred grams of powder cocaine, which was predominately used in white communities.

Reagan’s demonization of drug users also helped him justify the increased aggressiveness of policing tactics used in the fight against drugs. Reagan’s war on drugs saw a massive increase in the amount of militarized police gear being allocated. This trend coincided with a rise in no-knock warrants, like the kind that led to the killing of Breonna Taylor, as well as fueled an incredible aggressive policing style done in the name of stopping drug use. The increased scrutiny by police of predominately minority communities, coupled with harsh mandatory minimums, significantly increased incarceration rates and have led us to an era of mass incarceration where America incarcerates more citizens than any other country in the world. From 1980 to 1997, the incarceration rate for nonviolent drug offenses increased from 50,000 to 400,000. The war on drugs has undeniably contributed to a decades-long era of mass incarceration that disproportionately targets minority communities and harshly prosecutes offenders, charging them with long mandatory minimums for non-violent offenses.

Forty years after Reagan was elected, voters in the 2020 election, in states across the country, sent a clear message: they want the war on drugs to end. For example, residents in Arizona, Montana, New Jersey, and South Dakota voted to legalize recreational marijuana, joining eleven other states who have also done so. Oregon voters went a step further, voting on perhaps the most radical anti-drug-war piece of legislation yet approved. Measure 110, which passed with nearly 59% support, effectively decriminalizes the possession of all illicit drugs. People caught with small amounts of cocaine, heroin, or methamphetamines, for example, will be fined $100 but not incarcerated. Oregon also passed measure 109, which legalizes the use of psilocybin, the active compound in magic mushrooms, for therapeutic purposes. Similarly, the District of Columbia voted by a huge margin to approve Initiative 81, which decriminalizes the possession of certain entheogenic plants like magic mushrooms.

Voters in this election have sent an unprecedented message. The number of states with legalized recreational marijuana has increased, access to psilocybin therapy is improved in Oregon and the possession of psychedelic plants in D.C. was voted to be decriminalized. That, in and of itself, would be a historic rejection of the continuation of the war on drugs. However, Measure 110 in Oregon represents the most undeniable repudiation of the war on drugs. Voters have signaled that drug use and abuse are matters of public health and should not be dealt with by police. The people clearly believe that the demonization of drugs and drug users does not stop the spread of drugs. It only serves to subject marginalized communities to over-policing and mass incarceration. The war on drugs is far from over, but voters have signaled that the American people do not support its continuation.

Criminal Justice Reform
Initiative 81 Passes in the District of Columbia