Over the past decade, an unconventional method of dating, known as sugaring, has become more and more popular. Sugaring is when a younger woman and an older, wealthy man form a relationship where the man, the sugar daddy, gives the woman, the sugar baby, money and gifts in exchange for the time they spend together.

Can you be charged with prostitution for engaging in sugaring?

This grey area begs an important question: Can you be charged with prostitution or solicitation for engaging in sugaring? 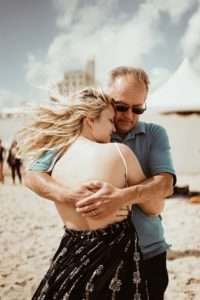 Many websites that facilitate the formation of these mutually beneficial relationships ensure to use specific language to skirt legal liability and have strict policies against advertising sex in exchange for money. Despite this, the main investor behind RichMeetBeautiful, a sugar daddy dating site, was convicted of promoting prostitution in Belgium where prostitution is legal, but related activities, such as soliciting and pimping, are illegal.

According to Washington D.C.’s legal code, prostitution is defined as a sexual act or contact with another person in return for giving or receiving anything of value. Under this definition, it would not be difficult to charge someone with prostitution or solicitation due to the broad parameters for what acts are prohibited and what can be exchanged in the relationship to constitute a violation of the law.

In Maryland’s criminal code, prostitution is defined as the performance of a sexual act, sexual contact, or vaginal intercourse for hire. Here, the use of the term “for hire” could insinuate a clear and strict contract between the two parties, which may make it more difficult to successfully prosecute someone for prostitution or solicitation for engaging in a sugaring relationship.

Fosta (Fight Online Sex Traffic Act) and SESTA (Stop Enabling Sex Traffickers Act) was signed into law by President Trump in 2018. Previously owners of websites were not legally responsible for the actions of their site users. However, under this new law, every site or online platform will be held liable for hosting anything on their website that the law describes as prostitution. 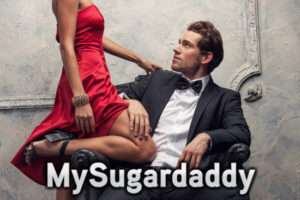 The law will affect how sugar daddy sites operate, but this will not be the end of sugar dating. The sites will need to prove that they are taking significant measures to prevent sex trafficking and prostitution. It’s not just sugar daddy sites, but also other dating sites that will have to implement security to screen for prostitution-related language.

If you’re involved in a sugar relationship and concerned that it could be perceived as solicitation, ensure that the relationship develops naturally and includes aspects other than sexual encounters to emphasize the differences from prostitution.

If you have been charged with solicitation or prostitution based on a misunderstanding of your sugar relationship, contact Bruckheim & Patel to have one of our criminal defense lawyers in Maryland and the District of Columbia provide a free, confidential evaluation of your case.