While the rate of incarceration has decreased slightly in recent years, the United States still incarcerates more of its citizens than any other country in the world. Because of this, special attention must be given to the causes of such a high incarceration rate in order to enact criminal justice reforms that effectively address the problem. A root cause of our staggering incarceration rate is the war on drugs and the predatory policing strategies it encourages.

Beginning in the Nixon administration, the war on drugs allocated more resources to federal, state, and local police, as well as established harsh mandatory minimums for drug offenses. The Reagan administration took the war on drugs even further via the 1986 Anti-Drug Abuse Act, which further established discriminatory mandatory minimums. The act also increased police presence in communities believed to have more drug use, which were predominately minority communities. Thus, the policing done in the name of the war on drugs targeted marginalized communities and incarcerated offenders for outrageously long times. 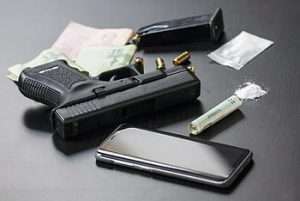 The expansion of mass incarceration did not end when Reagan left office, however. In fact, President Clinton expanded the era of mass incarceration and the war on drugs with the Violent Crime Control and Law Enforcement Act of 1994, also known as the 1994 Crime Bill. This Act created tough criminal sentences, but its built-in incentives aimed at states proved to be the main cause of a steadily increasing incarceration rate for the following fourteen years.

The Crime Bill encouraged states to create truth-in-sentencing laws, which require offenders to serve a substantial portion of their sentence, and directly tied federal funding to tough-on-crime state laws. The war on drugs and the era of mass incarceration are characterized by increasingly aggressive policing of minority communities, coupled with harsh sentencing guidelines and the incentivization of state policies that increase incarceration.

As the prison population has finally begun to decrease, albeit slightly, the calls have grown for criminal justice reform to put the era of mass incarceration behind us. The events of the summer of 2020 have likewise increased the support for such reforms. The killings of Ahmaud Arbery, Breonna Taylor, Walter Wallace Jr. and George Floyd, to name a few, have forced people to come to terms with the flaws and racism inherent in the ways in which this country polices its citizens. Election Day 2020 has shown that these events have not fallen on deaf ears, and American citizens want a fundamental change in our criminal justice system.

One such victory for criminal justice reform was the passage of Proposition 17 in California. This proposition restored the voting rights for about 50,000 state parolees who completed their prison sentences. Similarly, measures in New Jersey, Arizona, South Dakota and Montana legalized marijuana and Oregon voters approved a measure to decriminalize all Schedule I-IV drugs. These drug-related reforms can be seen as voters exercising their disapproval of current drug policy that has led to mass incarceration and racial disparities in our prisons.

In response to numerous incidents of police brutality, voters in San Francisco and San Diego, California, as well as cities in Pennsylvania, Ohio, and Oregon approved measures to increase law enforcement oversight. Additionally, voters in Michigan approved a constitutional amendment to require law enforcement to obtain a search warrant prior to searching electronic data from suspects. Lastly, voters in Utah, Nebraska, and Alabama have approved steps to remove racialized language from their state constitutions to end systemic, institutionalized racism.

This year’s election has seen historic examples of criminal justice reform. Voters have made their voices heard. The tragic police-involved killings of 2020 have put America’s criminal justice system, and the actions of our law enforcement, under well-deserved scrutiny. These measures by no means solve the problems inherent in our system. They do, however, serve as concrete steps towards addressing systemic faults, and are hopefully representative of a swing in the trend of mass incarceration, the war on drugs, and over policing.

Controversy in D.C.’s Forensic Science Practice
The War On Drugs