What is Title IX?

On August 24, 2021, in the early morning hours, a 19-year-old male, Max Helm, reportedly raped a 17-year-old girl outside the FIJI fraternity at the University of Nebraska-Lincoln. Max Helm is accused of sexually assaulting a 17-year-old girl during a party and leaving her bloody, naked, and exposed on the campus lawn.

Viral videos have been appearing over social media, primarily TikTok, of students protesting outside the FIJI fraternity house, calling for the fraternity to be removed from campus and Max Helm to be held legally responsible for his actions.

“No person in the United States shall, on the basis of sex, be excluded from participation in, be denied the benefits of, or be subjected to discrimination under any education program or activity receiving Federal financial assistance.”

Title IX applies to all educational institutions, private and public, including schools, prisons, and other institutions that receive federal financial assistance. According to the US Department of Education, more than 17,000 school districts and 5,000 postsecondary institutions across all 50 states, DC, and other US territories are recipients of Title IX funding.

How Does Title IX Work in Colleges?

Under Title IX, institutions that receive federal funding must stop sex and gender-based discrimination. Title IX protects individuals against discrimination on the basis of sex, which can include sexual harassment or violence, such as rape and sexual assault. 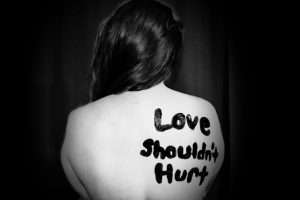 In addition to stopping sex and gender-based discrimination, schools are also responsible for preventing the recurrence in pre-existing situations and addressing the long and short-term effects of sexual violence.

To fulfill the requirements of Title IX, institutions must have policies in place that prohibit sex discrimination, including, but not limited to, sexual harassment and sexual violence, and policies that implement grievance procedures if a reported incident does occur.

All educational institutions that receive federal funding are required to have at least one employee hired as a Title IX coordinator. The role of the Title IX coordinator is to be available for students, faculty, and staff to investigate and respond to incidents of sexual violence and ensure that compliance with the law is monitored.

What Happens When a Title IX Complaint is Filed?

After filing a complaint, it is the decision of the Title IX coordinator to determine whether an investigation is necessary; if the investigation needs to occur, it must be unbiased, timely, just, and is frequently completed within 60 days.

Students who are found guilty of sex crimes, such as rape or other sexual violence, can be subject to criminal punishments that defendants not at an educational institution can legally face, such as prison time or fines. In addition to potential criminal charges, the consequence of a Title IX violation is that the educational institution where the violation occurred can choose to inflict additional punishments for guilty students, such as suspension or expulsion.

Under Title IX, if the college is not complying with their federally mandated Title IX requirements, a victim of sexual discrimination or violence is able to file a private lawsuit at a federal court. The Office for Civil Rights (OCR) protects and investigates violations of civil rights; a Title IX lawsuit can be filed both before and after filing a complaint with the OCR.

What is the Procedure for Title IX?

Unlike civil or criminal cases determined in a court of law, Title IX complaints are resolved on campus. In a criminal case, defendants are protected by the constitution, which includes the right to have an attorney present. In Title IX proceedings, these cases do not fall within the purview of the court system, meaning that the procedures and rights that are normally granted to a defendant are not afforded to a Title IX respondent, such as the right to an attorney.

Is a Lawyer Necessary for a Title IX Investigation?

Title IX cases have a broader outcome than simply a collegiate disciplinary process. During a Title IX case, the coordinator will notify the accused of the complaint and open an investigation. Interviews will also be conducted with the victim, the accused, and any witnesses. All evidence relating to the allegations against the accused is complied.

A student has the right to an advisor during Title IX proceedings; a licensed attorney can ensure that a student has an understanding of all of the legal issues associated with Title IX and the student disciplinary process, especially if the student is considering federal civil claims or criminal charges.

It is crucial for students to understand the protections that a student is granted under attorney-client privilege that are not granted to a non-lawyer advisor. Additionally, the information shared during a Title IX case may be the center of a criminal investigation or a possible civil claim.

If you have been accused of sexual assault or are involved in a Title IX case in DC or Maryland, contact Bruckheim & Patel, LLC for a free consultation with one of our defense attorneys.

How Do Body Worn Cameras Impact The Defendant in a Criminal Case?
Can You Open Carry A Gun In DC?