Over the past few years, online dating applications, such as Tinder and Hinge, have become increasingly popular among teenagers and young adults. These apps allow avenues for meeting potential partners by “swiping right” on people you’re interested in and starting a conversation if there is mutual interest. While many have met their significant others on these apps, for women, there is an increased risk of becoming a victim of assault and burglary.

The DMV area has been hit with dating app violence, and it is rising. Demitrious Harriott was arrested in Silver Spring, Maryland, and charged with raping a woman he met on a dating app. The young lady met Mr. Harriott late at night at his apartment complex, where he pushed her into a stairway and proceeded to sexually assault the victim. 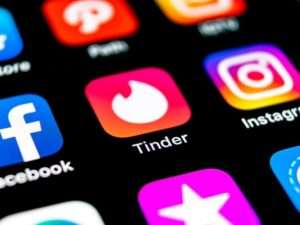 Earlier in July of 2019, Colin Black was found guilty by a jury of two counts of second-degree sex abuse in Rockville, Maryland. Black met his victims on Tinder and Bumble dating apps. While some of the acts that came out at trial were consensual, the jury ultimately concluded that many acts fell outside that scope. In October, Black was sentenced to 20 years in prison.

These dating apps don’t require a background check or any proof that you are who you say you are. This opens an easy avenue for predators to target and victimize women who use these dating apps, either posing as themselves or by “catfishing,” creating a fake online persona to lure someone to you. There are several steps you can take to increase your safety when using dating apps.

As a subtle way to see if you’re being catfished, you can suggest the two of you exchange selfies. This way, if the person is not who is actually in the photo, they will not be able to send you a selfie, or the picture they send may seem strange due to an unusual background or an unnatural pose.

Look them up online

When you plan to meet-up with someone you met online, look their name up online and check out their social media profiles. Most people have some form of social media profile, whether it’s Facebook, Instagram, or even LinkedIn. This can help you determine if the person is lying about their looks or any personal details they may have given you.

When you meet someone for the first time that you met on a dating app, you should always meet in a public place that you know well. This increases safety by preventing unwanted interactions, allowing for easier escape, and making sure the person you’re meeting does not know where you live.

Don’t rely on your date for transportation

Being in control of your own transportation allows you to leave whenever you want, especially if you start feeling uncomfortable. Either have extra money for public transportation or download ride-sharing apps ahead of time to make sure you don’t have to rely on your date for a ride. This way, you can avoid getting in the car with someone you don’t trust.

If you were victimized by an individual on a dating app and would like to file a civil lawsuit against the individual, contact Bruckheim & Patel for a free, confidential evaluation of your case.

DC Takes Steps to Decriminalize Prostitution
Has Uber and Lyft Decreased the Amount of DUI’S?