RBG’s Legacy and the Impact on the Supreme Court

“Women belong in all places where decisions are being made.

It shouldn’t be that women are the exception.” -RBG

On September 18th, 2020, the country mourned the loss of cultural and political icon, Supreme

Court Justice Ruth Bader Ginsburg. Justice Ginsburg was only the second woman to serve on America’s highest court. One of the nation’s strongest advocates for a variety of issues, from women’s rights to same-sex marriages to abortion rights, Justice Ginsburg was a titan for equality. Since her appointment to the court by former President Bill Clinton in 1993, Justice Ginsburg has written powerful decisions for landmark cases, while often writing equally poignant dissents.

Ginsburg played a significant role in the fight for gender equality long before her appointment to the Supreme Court. In 1972, she began working at the ACLU and helped create the Woman’s Rights Project. Ginsburg played an integral part in arguing cases such as General Electric Co. v. Gilbert (1976), which led to the Pregnancy Discrimination Act, and Frontiero v. Richardson (1973), which created a heightened level of scrutiny to be applied to gender discrimination cases. 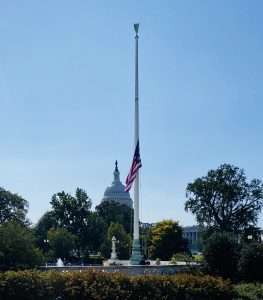 Three years following her appointment to the Supreme Court, Justice Ginsburg wrote the decision in United States v. Virginia. This case struck down the Virginia Military Institute’s male-only admission policy through the Equal Protection Clause of the 14th Amendment and is perhaps Justice Ginsburg’s most famous decision for the advancement of gender equality.

One of her most scathing dissents came in Ledbetter v. Goodyear Tire & Rubber Co. (2007), in which a Goodyear employee sued the company, alleging that she was receiving a lower wage because of her gender. Offering a harsh rebuke of the court on an all-male 5-4 split, Justice Ginsburg showed powerful support for the end of the gender pay gap. Justice Ginsburg penned an equally compelling dissent in Burwell v. Hobby Lobby Stores, Inc. (2015). In another 5-4 split, the Supreme Court ruled that the government cannot require certain for-profit corporations to pay for contraceptives for their employees. Justice Ginsburg’s dissent outlines the consequences of woman being discriminated against because they have different religious views than their employer.

Ginsburg was, importantly, part of a 5-4 majority in Obergefell v. Hodges (2015), which legalized same-sex marriage nationwide in a 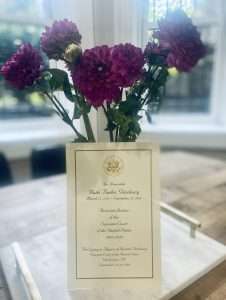 huge victory for the LGBTQ+ community. “We have changed our idea about marriage,” Ginsberg said during oral arguments. “Marriage today is not what it was under the common law tradition, under the civil law tradition.”

While her passing is devastating, it comes just two months before one of the most contested presidential elections in history. The vacancy on the Supreme Court will present a deeply polarizing issue, providing Republicans a chance to have six conservative Justices on the court. President Trump has already shown his eagerness to replace Justice Ginsburg with a more conservative Justice, which would tilt the ideological balance of the court for years to come. Trump has already had the opportunity to install two conservative judges to the court.

Much is at stake with the nomination of a new Supreme Court Justice, including reproductive rights, voting rights, criminal justice reform, immigration, and healthcare. In any event, the legal community and beyond are mourning the loss of an incredible jurist, a powerful leader in the fight for gender equality, and an inspiration to many.