HAS UBER AND LYFT DECREASED THE AMOUNT OF DUI/OWIs AROUND THE COUNTRY?

With the boom in popularity of ridesharing services such as Uber and Lyft over the past decade, there has been a lot of discussion on their impact in society. One of the most pressing issues is whether these services are a method of lessening DUI and OWI cases across the country.

The apps themselves like to claim that they are having a positive impact on the community when it comes to drunk driving. Instead of getting behind the wheel while intoxicated, an individual can now use their smartphone to call a ride to their location. But does the data support this?

When conducting a study on the impact ridesharing has on DUI/OWI rates, the research-design is rather complex. There are a multitude of factors that go into one’s decision-making process when going out to drink and how to get home. This can include anything from whether there is a designated driver, to access to public transportation.

The rates of drunk driving are equally impacted by state laws or time frames used in the research-design, meaning the data is driven by variables outside just those of the individual. To conduct research capable of controlling for all factors, studies require extensive time and careful planning. When considering test results, it’s possible these factors could have skewed the data in one direction or another.

Another key component is the issue of correlation vs. causation. Many of the studies that focus on this issue are correlation-based research designs. This means that while some correlation in these studies has been identified, they are not conclusive enough to claim causation.

A study might find that in the years following a ridesharing service, the number of fatal accidents involving drunk or impaired driving may have decreased. They do not and cannot necessarily claim that this is without a doubt due to the introduction of this service.

Finally, as is the case with any research, knowing who conducted the analysis is important to ensure there is no bias in the results or claims. For example, there was a study by MADD (Mothers Against Drunk Driving), which found Uber usage rates were higher during times most commonly associated with drunk driving. It is important to note, however, that this was conducted in partnership with Uber. Although the report’s findings need to be considered, so too does the source.

This topic has been getting attention from many academics and advocacy groups over the past few years. Most reports fall in line with that of the aforementioned MADD-Uber report, which shows there tends to be a decrease in the overall alcohol-related incidents when ridesharing is introduced into the community. 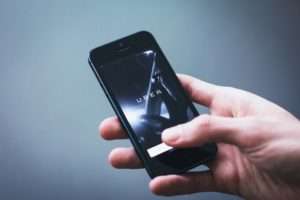 However, this idea was conducted and implemented long before Uber, Lyft, or any other app-based ridesharing entity existed. For example, decades ago, in 1983 in Aspen, Colorado, a program called The Tipsy Taxi was launched to target those who may have otherwise driven drunk. The program, available 24 hours a day, every day of the year, is administered by the County Sheriff’s Office to this day. Nighttime injuries, fatal crashes, and alcohol-related accidents all saw declines of nearly 15% following the implementation of the program.

However, the program’s website notes that after the extension of the public bus system from 11:30 PM until 2:30 AM, the program saw a steep decline in usage. This was not paired with an increase in alcohol-related incidents, indicating it is possible merely having an alternative to driving was the benefit, rather than the Tipsy Taxi itself.

There is no denying the overall logic of Uber and Lyft’s claims that they help work towards reducing drunk driving – a widely accessible mobile app that allows customers to call a ride from wherever, whenever, to any destination. When Uber was introduced in New York in 2011, many began using the app, and an independent study done by CUNY found that generally speaking, these claims held water. In four boroughs of New York City, where the app was introduced, there was a 25-35% reduction in alcohol-related car accidents since its inception.

Similar findings were made by an independent Miami Herald investigation, which found that the number of arrests made in 2017 by Miami-Dade County’s two largest police stations was down 65% from four years earlier. The City of Miami Police Department reported a 31% decrease over that same period.

The University of Pennsylvania evaluated Portland, Oregon, and San Antonio, Texas, as case studies which found that DUI’s dropped 60% after the introduction of Uber and other ridesharing apps in the region.

However, not every single piece of analysis done on ridesharing has supported this idea. A widely cited research review published in the American Journal of Epidemiology failed to find a substantial correlation between fewer DUI crashes and the availability of ridesharing services. It also found no correlated decrease in the number of deaths related to automobile crashes when involving impaired drivers. This study considered the differences in roll-out periods of Uber and looked at the 100 most populated metropolitan areas in the U.S. No association was found.

It is hard to deny the general logic that supports the idea of Uber and other ridesharing applications lower the number of drunk drivers on the road. While most studies on this issue support this idea and find some level of association between lower alcohol-related incidents and the introduction of ridesharing, nothing is conclusive. Therefore, this question will continue to demand greater statistical analysis to determine if there is any correlation and causation to these two factors.

For further legal questions relating to drunk driving, DUI/OWI, or other traffic-related incidents, contact Bruckheim & Patel to have one of our criminal defense lawyers in Maryland or D.C. take a look at your case.