In many states throughout the U.S., there is a bail system in place, which allows an arrested suspect to pay cash to the government, and in return, be released from custody until their next court date.

This basic function of criminal justice isn’t anything new, but many view a cash bail system as a tax on the poor and the indigent that are accused of a crime. Since the wealthy accused individuals have an easier time posting bail than others, it’s often seen as unfair that those without such endowments would be detained against their will until the next court date based on one fact— the inability to pay. Remember: in a cash bail system, people could be detained weeks without a court date simply for being arrested. No judgement of guilt or innocence has been rendered yet! 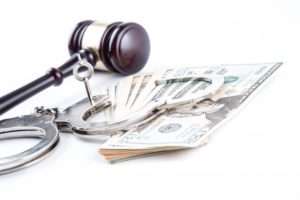 First to Get Rid of Cash Bail

D.C. is unique among the many different criminal justice jurisdictions in the U.S. in that it was one of the first ones to get rid of cash bail. In 1992, the District of Columbia got rid of cash bail because it wasn’t fair. At the advent of pretrial services, all the arrested individuals awaiting their court date were detained in the D.C. jail. This resulted in massive overcrowding in a jail that was already suffering from poor conditions.

The Creation of Pretrial in DC

In an effort to mitigate this problem, pretrial was created. Today, they are the ones responsible for interviewing all defendants and creating the release conditions. Not every defendant is automatically released, as a judge can choose to hold the accused at practically any time. If the judge decides to keep the defendant, they are held without bail, meaning no matter how much money they have, they can’t get an edge on their indigent counterparts who suffer the same fate. This not only makes D.C. unique among many places in the country but also shows the progressive nature of D.C.’s criminal justice system in the post-mass incarceration era.

Instead of detaining people, D.C. mainly relies on two major actors to determine a defendant’s release conditions between arraignment and their next day in court. The first actor is the judge: the judge is the real powerhouse, and as long as they operate within the law, they can dictate the defendant meet a wide variety of conditions. The second actor is a federal agency called Pretrial Services Agency (Pretrial). Pretrial is responsible for interviewing the accused and determining the level of risk should they be released back into the community. Pretrial also draft up the various conditions the defendant should be required to meet and presents them before the judge for a final decision.

Very frequently, defendants will return for their court date. The vast majority (over 80%) faithfully return. Very few re-offend in between their release date and their next court appearance. This doesn’t mean defendants are free to do as they wish in the meantime. Pretrial suggests different conditions the defendant has to meet before they return. Often these conditions are weekly drug tests, telephonic or in-person check-ins, substance abuse or mental health counseling if necessary, or abiding by stay-away orders from a location or an individual. The severity of these conditions is dependent on the offense, and up to the discretion of the judge. Tighter conditions may be location monitoring via a GPS ankle device, home detention, high-intensity supervision, or being held in a halfway house.

Procedurally, at every court appearance, defendants are required to sign a form promising to return to court or face a penalty of a maximum of $1,000 in fines or 180 days in jail.

If a defendant fails to appear in court, a bench warrant can be issued with or without a bond to forfeit. This warrant will carry a bond that needs to be paid, but it can be quashed if the defendant “self-surrenders” by most judges and provides an adequate reason for a failure to appear. The government can also charge an additional charge under the Bail Reform Act (BRA) if an individual fails to appear for his or her court date.

Are You Required to Submit to a Breathalyzer Test in DC?
Using DNA and DNA Experts in Criminal Trials