Protests have spread across the country in response to ongoing police brutality against the Black community, led by the Black Lives 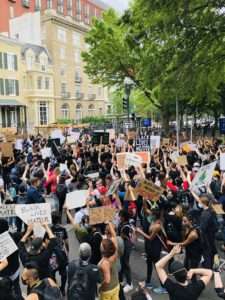 George Floyd, 46, was killed on May 26, just last week, in Minneapolis, Minnesota, at the hands of officer Derek Chauvin. The video footage of Mr. Floyd’s death displayed Chauvin kneeling on the neck of Mr. Floyd for almost 9 minutes, while Floyd pleaded that he could not breathe. Charges have been filed against Chauvin, including third-degree murder and second-degree manslaughter.

However, the death of George Floyd is not the singular reason for these protests, but the spark that ignited the flame of the movement.

On February 23, earlier this year, Ahmaud Arbery, 25, was fatally shot by two men in Brunswick, Georgia, on his afternoon jog. They claimed to have believed he was a suspect for a series of local break-ins, which lacked any sufficient probable cause. Later, a video of the incident surfaced online and drew public outrage.

Breonna Taylor, 26, was killed by Louisville PD on March 13. Officers entered her home past midnight with a “no-knock” warrant where she was met with at least 8 gunshot wounds. The FBI is currently investigating the incident, and officers have not been charged as of yet.

Tony McDade, a black transgender man, was shot and killed on May 27, 2020, by officers in Tallahassee, Florida. 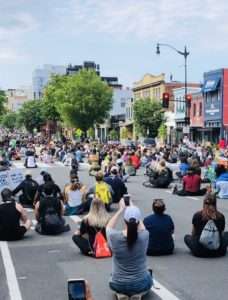 Some are protesting not only because of the deaths of Black Americans at the hands of law enforcement but because of the socioeconomic inequality and disparities cultivated by the American government and the criminal justice system. A system capable of change but continuing to protect the oppressors over the oppressed.

The protests began about a week ago, immediately after the death of George Floyd. The majority of protests have turned violent due to the fact that they were met with tear gas, rubber bullets, batons, concussion grenades, and helicopters by police and law enforcement agencies.

President Trump has made it clear that he intends to respond to protests with a heavy military presence despite the First Amendment rights. Peaceful protesters in Lafayette Square Park, Washington, DC, were attacked by law enforcement to clear the area, so President Trump could take a picture holding a bible in front of St. John’s Episcopal Church. St. John’s had caught fire the previous nights amidst protests. The Bishop for the Church, the Right Rev. Mariann Mudde, condemned Trump for using the Church and teargassing peaceful protesters for a photo op.

With an increase in militarized policing, there have been many arrests made of those protesting. If arrested, here are important guidelines to abide by:

● Invoke your right to remain silent.

● Make sure friends take down the names and contact information of potential witnesses around you.

● Write a number and name down on hand in case you are arrested, they will take your phone away.

Those who support the cause but are unable to protest have turned to signing petitions, calling government officials,

and donating if they are able to.

Contact Bruckheim & Patel if someone is arrested in the process of a peaceful protest exercising their first amendment rights. Stay safe, DC, and protects your rights!