When agencies such as the D.C. Metropolitan Police Department, Public Defender Service, or even the Secret Service need crime scene evidence of guns, DNA or fingerprints processed, they turn to the Department of Forensic Sciences (DFS). The DFS is classified as an independent agency, with a director appointed by Mayor Muriel Bowser.

The Case that Sparked the Audit

In 2015, two cases were connected based on ballistic reports of shell casings. One of Amari Jenkins, 21, who was gunned down, and one 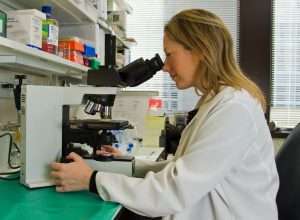 of Antwan Baker, 29, who was fatally shot three months later. By 2017, Rondell McLeod and Joseph Brown were charged with both killings based on these ballistic reports.

Nearly 4 years later, prosecutors were about to take these defendants to trial for both shootings until a later report determined that the casings found at each crime scene were actually not fired by the same weapon.

Four additional experts sparked an audit confirmed this new conclusion. Yet, this mistake was confirmed by at least six DFS firearm examiners. Thus, this controversial case that would take a closer look at the work of DFS. Specific DFS examiners who have been flagged throughout this auditing process have done work for these high-profile cases in the city.

The Audit Process of DFS

About six months ago, the audit process of DFS began. During this time, independent examiners audited a total of 60 cases, according to a WTOP report, to compare their findings with that of DFS. The team of independent examiners for the auditing process consisted of Bruce Budowle, James Carroll, and Todd Weller, who are all accredited in the forensic firearm field.

The shocking results found 12 cases with discrepancies, and 6 of which led to different conclusions based on the findings. More specifically, some independent examiners matched bullets and cartridge casings in certain cases where the lab examiners did not.

With similar frustration for DFS, the Defender of the Public Defender Service director Avis Buchanan and special counsel Jessica Willis expressed concern for the audit team. As members of the team have served as expert witnesses for the prosecution in the past, they believe the team has a bias to favor the government.

Following these discrepancies, prosecutors have turned to independent ballistic examiners to maintain validity in prosecutions for the past six months. During this time, defense attorneys in the District have been inundated with documents and information surrounding the investigation as it could very well affect their cases.

An additional audit has been conducted by the American National Standards Institute’s National Accreditation Board, which has not released results. Yet, they have certified DFS’s accreditation for it to be able to operate in the District of Columbia.

While the investigation did not find any “criminal wrongdoing,” the U.S. Attorney’s Office recommended an evaluation of “mismanagement, poor judgment, and failures of communication” within DFS. It is important that DFS is held accountable for its failure to pursue just investigations.

Bruckheim & Patel is committed to serving the D.C. community and protecting defendants’ rights. If you have been arrested for a crime in the District of Columbia or Maryland, contact one of our experienced criminal defense attorneys at 202-930-3464 for a free consultation.