Are You Entitled to An Impartial Jury of Your Peers in DC?

In the District of Columbia, this fundamental right can be withheld. The Sixth Amendment of the United States Constitution guarantees that in all criminal prosecutions the accused has the right to a speedy and public trial, by an impartial jury of their peers.  However, if you are charged with a misdemeanor in DC you may not be entitled to a jury trial and can face up to 180 days in jail, if convicted.

Based on the nature of the criminal charge and the potential sentence the defendant faces, the right to a trial by jury could be denied. If you find yourself or someone you know faced with a misdemeanor in DC, this foundational right could be withheld!

When Do You Have the Right to a Jury?

DC Code §16-705 addresses the defendant’s right to a trial by jury. This section states that a single judge will act in place of the jury (also known as a “bench trial”) unless one of a few conditions are met. 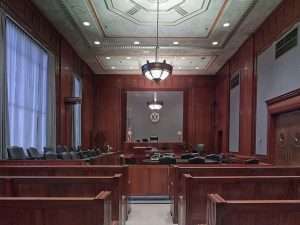 The first condition is if your charge comes with the potential for over $1,000 in fines, or jail time exceeding 180 days. If this is the case, you’re entitled to a trial by jury.

Also, if you’re charged with two or more offenses that together would incur over $4,000 in fines or 2 years in prison, you’re also entitled to a jury trial. A trial by jury isn’t automatic.

If all parties agree, the right to a jury may be waived, and the trial can be converted into a bench trial. This would require the defendant, prosecuting attorney, and judge to all agree to waive the right to trial. If the potential sentence is up to 180 days in jail and/or a $1,000 fine, the defendant has no right to demand a jury trial in DC.

From Jury Guarantee to Jury Prohibition

The issue isn’t simple. We see that over time, steps have been taken to reduce people’s right to a jury trial. Baldwin v New York, 1970, stated that only serious crimes with potential sentences of $1,000 or more in fines and over 180 days in jail could qualify for a jury. The interpretation of “serious” was left open. This opened the door for prosecuting attorneys to claim a case wasn’t serious and remove the option of a jury trial.

The situation was worsened by the Omnibus Criminal Justice Reform Amendment Act of 1994, which included the Misdemeanor Streamlining Act. This Act ensures that any misdemeanor whose penalty is up to $1,000 in fines or 180 days in jail not be considered a serious offense, and therefore be voided of right to a jury.

The Misdemeanor Streamlining Act attempted to ensure that anyone charged with a misdemeanor crime would be denied from receiving a trial by jury. Remember that misdemeanor means any charges of disorderly conduct, possessing an open container of alcohol, or public drinking!

Traffic violations like driving under the influence (DUI) and operating while impaired (OWI) are included in this category as well. This spells trouble for criminal defense attorneys because often juries are seen as softer than judges when it comes to convicting defendants accused of a crime.

During one of DC’s darkest eras, the era of mass incarceration, speedy trials, and swift convictions were used to incarcerate thousands of people in the District.

Denying the right to a trial by jury, a right guaranteed under the Constitution of the United States, is wrong.

In many other states, any charge that carries potential jail time is automatically heard before a jury. However, jury trials cost considerably more, and require an extreme expenditure of time on everyone’s part, especially the selected jury.

In a city like DC with a fairly high crime rate, ensuring that the already slow justice system doesn’t take years to fulfill its duties makes it much more efficient for qualified judges to handle misdemeanor cases by themselves. The important part is to examine both sides of the argument and come to your own conclusions about DC’s irregular jury requirements.  With the help of the experienced Criminal defense lawyer at Bruckheim & Patel, we can assist you in navigating your criminal charges. Call today for your free, no obligation consultation.

The Capitol Insurrection
Are You Required to Submit to a Breathalyzer Test in DC?