We CAN Handle the Truth

A familiar mantra from prosecutors is their constant obligation to obtain truth and justice in their cases. Unfortunately, this is a mantra that has seemingly been abandoned by the Office of the Attorney General for the District of Columbia (OAG). Right now, OAG is dealing with three separate scandals…and have steadfastly refused to disclose details about any of them. Here are the scandals, and OAG’s stance as to each one:

Scandal #1: This scandal has received the most media coverage, and it began with OAG’s revelation in February, 2010 that the breath testing machine utilized by the District’s Metropolitan Police Department (MPD), the Intoxilyzer 5000, had been “miscalibrated.” This resulted in a review of thousands of cases and led to the identification of several hundred defendants whose breath scores could have been affected by the “miscalibration.” OAG continues to maintain that the problem with the machines is one of “miscalibration.”

Scandal #2: This scandal concerns an unidentified problem with the Intoximeter EC/IR II, which is the breath machine that replaced the Intoxilyzer 5000 in March, 2010. OAG never expressly identified what the problem was with these machines. Defense counsel knew something was afoot when OAG began dropping DWI charges (which require the scores as proof), or opting not to charge DWI at all, even when scores had been obtained. OAG continues to refrain from bringing charges that would rely upon MPD Intoximeter scores as evidence.

Scandal #3: This scandal centers around a notification sent to defense counsel regarding MPD’s top two DWI officers. According to the notice, these officers were under investigation for allegedly “mishandling a urine sample.” No further information has been provided to date.

Now, here is the truth behind each scandal…none of which has been disclosed by OAG:

Scandal #1: The problem with the Intoxilyzer was not a “miscalibration.” Instead, it was the failure of MPD to perform any accuracy testing the machines since they first started using them back in the mid-90’s. This revelation came not from a defense attorney or hired expert, but instead from MPD’s Chemical Testing Program Manager, Ilmar Paegle. In fact, following OAG’s first public declaration of “miscalibration,” Paegle sent a memorandum dated April 20, 2010 to the Chief of OAG’s Criminal Division which fully outlined the problems with the program, and more importantly, stated that it does not appear that the Intoxilyzer machines have ever been checked for accuracy. Naturally, this calls into question virtually all of OAG’s DWI prosecutions for at the past 15 years. This memorandum has yet to be disclosed in discovery by OAG.

Scandal #2: The reason why no Intoximeter scores have been utilized is because the DC Chief Toxicologist has not certified the machine to be accurate, which is required under the DWI statutes. Simply put, all drivers testing on MPD’s Intoximeter since March, 2010 have been doing so on an uncertified machine. Apparently recognizing that the scores could not be used, OAG opted not to use them rather than disclose the obvious problems surrounding the approval of the machine.

Scandal #3: The investigation is more than just mishandling a urine sample. It is about why DC’s most prolific DWI officers found a number of alleged clues of impairment on a female driver prior to her urine sample coming back as .01…which is essentially sober. As of now, the officers are still making arrests and being summoned to appear in court for trial.

Rule 3.8 of the District of Columbia Rules of Professional Conduct specifically governs the responsibilities of a prosecutor. Rule 3.8(e) states that a prosecutor shall not “intentionally fail to disclose to the defense…any evidence or information that the prosecutor knows or reasonably should know tends to negate the guilt of the accused or to mitigate the offense…” Despite the fact that the three scandals all contain evidence or information that would clearly negate the guilt or mitigate the offense, OAG has inexplicably remained silent.

Truth and justice have not gone hand-in-hand in OAG’s responses to these scandals. The truth can certainly hurt, but sometimes silence hurts more. OAG’s silence has deprived…and will continue to deprive…the rights of countless defendants charged with DWI/DUI offenses.

The Death of Deon Kay and MPD Police-Reform Bill

By Attorney at Bruckheim & Patel Criminal Law, Gun Possession/CPWL
May 15, 2020
0

How To Protect Yourself From A Cellphone Search Without A Warrant

To Testify or Not? That is the Question

The Right to Counsel – The Bedrock of the Criminal Justice System

Does A Hung Jury Mean No Double Jeopardy?

By Attorney at Bruckheim & Patel Criminal Law, Criminal Procedure
May 9, 2019
0

Leaving After Colliding aka “Hit and Run”

They Shared Drugs. Someone Died. Does That Make Them a Killer?

3 Criminal Defense Strategies You May Not Know About

Brady Violation And The Riot Case 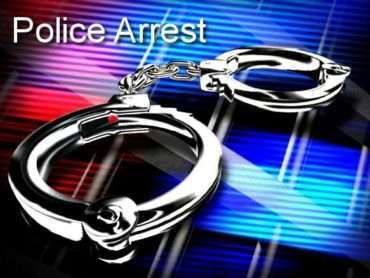 Police Arrest Procedures in the District of Columbia

Would Angelina Jolie Be Granted A Civil Protective Order Against Brad Pitt?

Is Your Phone Making You a Target for Robbery

Marijuana is legal in D.C.…isn’t it?

Drinking and Biking: It’s a Crime in DC

The Definition of A Designated Driver

What to Expect when Facing Criminal Charges

Part 2: You’re Convicted Even When You Aren’t Convicted

What’s difference between a felony charge and a misdemeanor?

Facing a Sobriety Test in Washington DC? Just Say No.

Little Known Facts about Drunk Driving: What You Don’t Know Can Hurt

Don’t Get Your Driver’s License Suspended in DC

The Danger of Blowing in DC

Safe Surrender Brings Out the Best of Both Sides

Forget about the Door…Lock Your Cell Phones

Secrets of the One Leg Stand