Penalty For Drinking and Driving Under 21 in DC 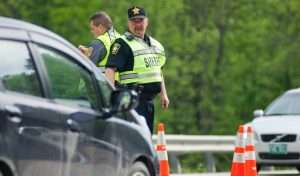 Regardless of innocent use or intent, drinking and driving under the age of 21 places a driver at even greater risk of criminal charges. This is due to many jurisdictions having either a lower blood-alcohol content (BAC) requirement from a chemical test or having a complete zero tolerance policy that prohibits any trace amounts of alcohol inside a youth’s blood when driving. Unfortunately, the consequences for receiving a DUI range beyond a criminal record.

Criminal penalties for drinking under the legal age are extensive and span from impacting college acceptances, or employment, to the ability to travel foreign countries. Countries prohibiting travel for individuals with a DUI include Australia, Canada, Mexico, and more.

How Much Alcohol Can a Person Under 21 Have and Still Legally Drive in DC?

According to DC Code § 25-1002, a person under the legal drinking age of 21 is prohibited to purchase, possess, attempt to purchase, or drink any amount of alcohol. This impacts driving in a large way. With this language, this means that D.C. is a zero-tolerance jurisdiction.

If a person under the legal drinking age is found to have any amount of alcohol in their blood, regardless of content, the individual would be arrested for DUI without hesitation. Further, Washington D.C. is a “use/lose” jurisdiction, meaning that the person under the legal drinking age would also face the suspension of driving privileges for a period, depending on the history of subsequent offenses and may include the mandated use of an ignition interlock device.

What Is the Penalty for Underage Drinking, Purchasing, or Possession in DC?

How Does a Person Under 21 Get Processed for a Dui Offense in DC?

If a blood alcohol concentration score above 0.0 is found from the driving person under the legal drinking age of 21, the officer will arrest the driver for DUI. Because of the zero tolerance approach in DC, the actual amount of alcohol in the driver’s blood is not important so long it is above 0.0%.

The process after arrest is very similar to how an adult accused of DUI would be. When pulled over, the interviewing police officer would start an investigation, conduct standardized field sobriety tests, give a breath test if consented to, and conduct other chemical tests if needed. If arrested, the person under 21 is taken into custody and may be arraigned in court for formal charges by the assigned prosecutor.

Is Dui Sentencing Different for Someone Under 18 in DC?

If the person under 21 is over 18, the individual would be charged as an adult.

If under 18, a hired attorney could work with more options on how to navigate the system and attempt to have the court approach the individual as a juvenile. Regardless of age, a BAC score above 0.0 would result in an arrest and license suspension.

An experienced DUI defense attorney would be your best option to receive the best possible outcome in court for any alleged charges.

What Happens if a Person Under 21 Refuses a Breath Test for Dui?

DC is an implied consent jurisdiction. This means that if an individual is arrested for DUI and refuses to consent to chemical testing, their license is automatically revoked for a year and a fine will be imposed. This does not only apply to underage drivers. Anyone suspected of DUI falls under the implied consent law.

Contact a Local Dui Attorney in the District of Columbia

It is imperative that anyone accused of a DUI retains an attorney so that their rights and best interests are represented in the courtroom. This is especially true when underage drivers are charged with a DUI, rather than possession of alcohol or consumption alone, as there is a large disparity between sentencing severities. Further, an individual could be charged with both criminal offenses at once, resulting in additional penalties.

Given that Washington D.C. is a zero tolerance jurisdiction, any trace amounts of alcohol could lead a youth to be arrested. A youth’s life can be altered drastically beyond the consequences of criminal charges alone, including ban of foreign travel, revocation of privilege to drive a motor vehicle, and prevention of college enrollment. Contact one of our experienced Washington D.C. DUI defense attorneys today for a free consultation!