Last year, the District of Columbia passed several laws and amendments to end driver’s license suspensions due to unpaid traffic fines and failure to appear at related court hearings as well as drug possession unrelated to driving. This change led to the reinstatement of driving privileges for more than 65,000 people.

However, several states still have laws in place that automatically restrict driving privileges for unpaid fines to coerce people into paying their court debts despite overwhelming evidence this practice is not conducive to solving the problem of unpaid court fees. The Washington Post found last year that across the country, over 7 million people had their license suspended due to traffic debt.

License Suspension Due to Court Fees

If an individual has their license suspended for being unable to pay court fees, they are unable to drive to work and can losing their job, may have to cut back on hours to account for increased transportation time, or pay more for public transportation. Not only does this unfairly target low-income individuals, but it is proven ineffective because people don’t pay their court fees because they are unable to and limiting their ability to make an income is counterproductive.

Fortunately, many states have eliminated license suspensions due to unpaid fines and unrelated charges and even more are in the process of passing laws to eliminate suspensions as an option. There are several states though, including Maryland, who have not fully rolled back this practice despite implementing plans to make payment of fines easier, such as payment plan options. These states need to follow Washington, D.C.’s lead and eliminate the practice entirely to stop pushing its residents deeper into poverty. 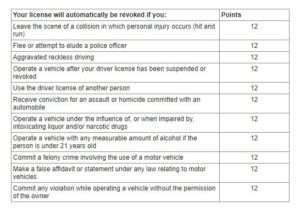 Though the District of Columbia and other states are taking positive steps to change the laws so their residents’ licenses are not suspended for frivolous reasons, there are still more ways the laws can be changed to combat the unfair practice of suspension for low-income people.

For instance, most states, including the District and Maryland, still suspend licenses for unpaid child support. Even though not paying child support has nothing to do with one’s ability to operate a vehicle, it is still common practice for states to suspend licenses for this reason. Sometimes people are unaware that their license has been suspended, which can lead to other criminal charges, like no permit or operating a vehicle after revocation. Residents in the District are fortunate to have a vast public transportation system, but residents in other states are not as lucky. Not having the ability to drive to work and earn a living means a person will have an even more difficult time paying child support and getting their license reinstated. The better practice would be to garnish a person’s wages for unpaid child support instead of suspending their license. Hopefully, the District, Maryland, and other states will continue to amend license suspension laws to not only benefit the states but more importantly their residents.

Your license can still be suspended for various moving vehicle violations and you can be denied a license for outstanding debt to the city. If you have had your license suspended in DC due to unpaid fines or charges unrelated to traffic violations, contact one of our attorneys at Bruckheim & Patel for a free case consultation to see if you’re eligible to have your license reinstated.