Sexual Solicitation and Prostitution- What You Should Know

Sexual Solicitation or Prostitution is defined in Washington DC as the act of inviting, enticing, offering, persuading, or agreeing to engage in prostitution. DC law states that to prove that prostitution occurred, there must be specific words exchanged between parties promising money for sexual favors. There must be both the offer and the acceptance clearly stated to prove that both parties entered willingly and were knowledgeable to what the agreement was. Due to the specificity of the circumstances of agreement, it can be quite difficult for the government to prove and then prosecute.

The repercussions and reactions to prostitution go a lot further than just the legal world. Being involved, implicated or convicted on a prostitution case generally creates a negative image that is very hard to shake. This image could lead someone to lose their job, to be societally ostracized, and or be forced into making life choices to avoid public ridicule that they otherwise would not have to make. These are some of the reasons that it is so important to be well represented by a DC criminal lawyer who knows and understands the potentially life changing outcomes.

Penalties for Sexual Solicitation or Prostitution

Washington DC United States Attorney’s do also have the option of offering a Deferred Prosecution Agreement (DPA), which assigns the individual involved 32 hours of community service over 4 months. This agreement holds as long as the individual does not get rearrested. The benefit of accepting a DPA is that once the community service requirements are fulfilled, the government commits to dropping the case. The individual also must not plead guilty to be DPA eligible. Most individuals arrested in DC for sexual solicitation or prostitution are DPA eligible, especially if it is their first offense of that kind.

It is important to understand the penalties and options when it comes to sexual solicitation or prostitution because in Washington DC, the Metropolitan Police Department (MPD) put a lot of effort into stopping prostitution. There are many prostitution sting operations carried out by MPD where female officers go undercover as prostitutes and male officers go undercover as individuals seeking sexual solicitation. The majority of these undercover operations are not recorded, proving it difficult to later prosecute because many times it comes down the judge deciding who they believe more: the defendant or the police officer. This can prove concerning to anyone facing these kinds of charges.

Most Common Line of Defense

Due to the lack of recorded evidence, the main defense used is entrapment. Entrapment is when an undercover operation is set up and there influences created that make an individual unknowingly enter into a situation without the intent to commit a crime. An arrest coming from an entrapment situation can not be carried to court, but the accusation can still greatly harm an individual’s reputation and life. Ultimately it is crucial to have an attorney who knows the ins and outs of the laws surrounding sexual solicitation and prostitution so that one is not put in a situation that they cannot go back from that could have been otherwise avoided. 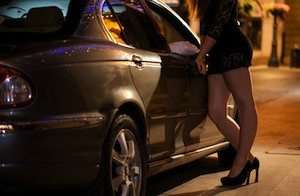 Is an Entrapment Defense the Right Defense for Solicitation? 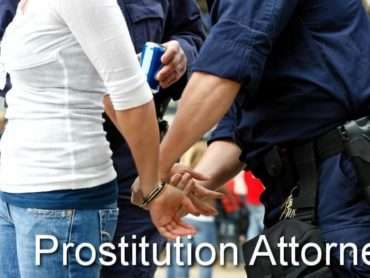 What are the Possible Charges and Sentences for Prostitution and Solicitation in DC?

By Attorney at Bruckheim & Patel Prostitution, Solicitation
May 16, 2017
0

DC Madam Prostitution Scandal Is Back In The News

The Prostitution Prosecutor: Talking the Talk, But Not Walking the Walk