The National Academics of Sciences, Engineering and Medicine released a report at the start of 2018 that advocates for the lowering of the Blood Alcohol Concentration (BAC) level limit for driving. It encourages the limit be lowered from 0.08% to 0.05%. The yearly report concluded that there are over 10,000 deaths caused by drunk driving every year in the United States. This fatality rate is statistically high compared to other countries around the world.

BAC And Its Relation to Drinks

Blood alcohol concentration is not correlated directly to a certain number of drinks consumed, but correlated to an individual’s height, weight, gender, body mass and whether or not they have eaten during the day. It is a common belief that there are a specific number of drinks that an individual can consume before they exceed the 0.08% BAC limit, but it is not as simple as that since there are many other factors, as mentioned previously, that play significant roles in an individual’s BAC level. 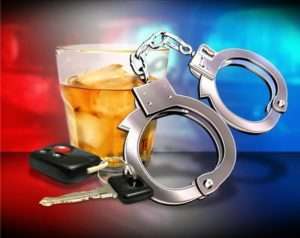 The report strongly suggests that access to alcohol state-wide and nationally should be limited and that the national and state taxes on alcohol should be increased. Limiting access to alcohol could be simple practices, such as shortening selling hours or creating a maximum amount of alcohol that is able to be bought at one time. As expected, the pushback from the restaurant and liquor store industry has been immediate and strong. The industry argues that it would put an unnecessary strain on businesses all over the country. Lowering the legal amount of blood alcohol concentration would make individuals stop drinking before they truly needed to, thus lowering sales and negatively affecting the overall industry.

This push for a lowering of the blood alcohol concentration legal limit for getting behind a wheel from 0.08% BAC to 0.05% BAC is somewhat based on the blood alcohol concentration legal limit in a large majority of the countries around the world. In the District of Columbia and Maryland, the legal BAC currently as it stands is 0.08. This BAC was decreased from 0.10 and is now currently the national standard. Scientists from the National Academics of Sciences, Engineering and Medicine have determined that the countries with lower BAC limits have reported a lower fatality rate overall. Many countries in Eastern Europe have a zero-tolerance policy on driving after one has consumed any alcohol and as one goes west and over to Asia, the limit begins to lift. To name a few, China and Poland have a 0.02% BAC limit, Japan has a 0.03% BAC limit and South Africa, Thailand and Italy has a 0.05% BAC limit.

Ultimately, most countries around the world have a lower BAC limit than the United States and the deaths involving intoxicated drivers are lower. The future cannot be predicted 100% accurately, but there are claims saying that if the BAC limit was lowered to 0.05% nationwide, there would be a noticeable decrease in fatal accidents involving an intoxicated driver. What happens remains to be seen.

A National Public Health Emergency–Trump’s Rhetorical Response to the Opioid Epidemic and Addiction
Penalties of a DUI in Washington, D.C.