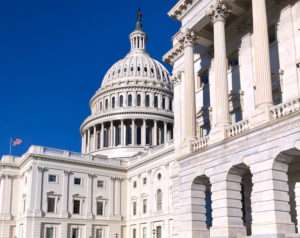 If you have been arrested and charged with a simple assault crime or an aggravated assault crime in the District of Columbia, it is important that you understand the full impact of the charges you are facing.

DC assault lawyers at Bruckheim & Patel will provide you with individualized attention while fighting for your rights through each step of the legal proceedings.

Simple assault in Washington, DC is classified as the unwelcomed threat or physical touching of another person. See DC Code § 22-404. A simple assault can be as minor as a verbal threat (example: “I’m going to punch you” while moving towards someone with your fists clenched) or as major as a physical use of force (physically punching that person). See DC Code §22-404.

If you are found guilty of a simple assault charge, the penalties can include up to 180 days in jail, a $1,000.00 fine, or both. A conviction for simple assault can hinder your ability to obtain employment, to secure housing, or even to receive financial loans. This is especially true in the District of Columbia, which maintains a database that allows the public to view an individual’s criminal convictions. Be sure to contact an experienced criminal defense attorney for your case.

To obtain a conviction for a simple assault, the government must prove that the following occurred:

If the assault causes “serious” bodily injury, the prosecutor may charge the individual with an “Aggravated Assault,” which is a felony in the District of Columbia. See DC Code § 22-404.01.

An aggravated assault conviction has serious consequences that can include up to 10 years in prison, a fine of $25,000, or both.

To obtain a conviction for an aggravated assault, the government must prove that the following occurred:

If you have been charged with simple assault or an aggravated assault in the District of Columbia, do not risk your money or your freedom. Contact the experienced and professional DC Assault attorneys at Bruckheim & Patel. We will provide you with a free initial consultation today at 202-930-3464 and help you deal with your simple assault charges.