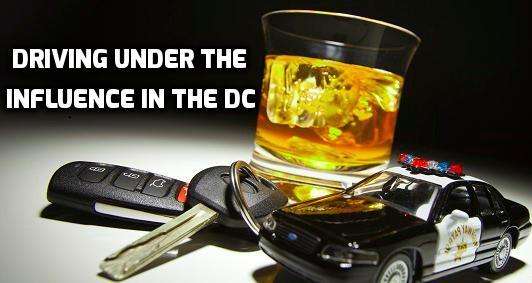 In 2015, Washington D.C. joined four states to legalize recreational use of marijuana. Under D.C. law, two ounces of marijuana is legal for personal use without the intent to sell. With the rise of marijuana use in the district and its new legality, the issue of driving under the influence of marijuana has become an important issue for all drivers.

In the instance that you are pulled over because an officer suspects you are driving under the influence of marijuana they will undertake standard DUI proceedings. This includes Standard Field Sobriety Tests such as the walk and turn and the horizontal gaze nystagmus test (HGN). The walk and turn test involves walking nine steps heel to toe, turning around, and walking nine steps back as the officer tells you instructions. The HGN test tests for involuntary movements in your eyes referred medically as nystagmus, which increase when impaired. The officer will hold a flashlight or pen and ask you to follow it with your eyes as they check for clues for various forms of nystagmus or involuntary jerking.  Both of these tests and others of the Standard Field Sobriety Test are designed to look for clues of impairment. In most cases, regardless of how well you did, an officer can still arrest you for a DUI.

While the procedures for a DUI for marijuana is the same as a DUI for alcohol, the effects of these substances are different. Field Sobriety Tests were designed to test for unlawful alcohol consumption and might not test accurately for an impairing level of THC. Furthermore, while blood and urine tests can accurately test your blood alcohol content, the same is not true for marijuana. THC can stay in your system for days after the initial marijuana usage. This means that blood or urine tests will test positive for THC even if the last time marijuana was consumed was days prior.

In the D.C. criminal code, there is no detailed language of how much THC must be in your system to constitute a DUI. There is also no case law or precedent in the matter. The consequences for a marijuana DUI are the same as a DUI based on alcohol impairment.  For a first DUI, the maximum jail sentence is 180 days and/or a fine of $1,000. For two or more DUI charges, the maximum fine is $5,000 and/or one year in jail. There is also a 10-day minimum jail sentence if charged with two or more DUIs. The mandatory jail time and fine can go up with each subsequent DUI thereafter.

If the matter goes to trial, a prosecutor has to prove beyond a reasonable doubt that the amount of marijuana you consumed impaired your driving. This does not mean they have to prove you were driving dangerously or caused some sort of accident. Any noticeable impairment due to marijuana consumption can cause a conviction for a DUI. This is why it is essential to use an experienced and talented DUI Attorney in D.C.

The attorneys at Bruckheim & Patel have defended countless clients in DUI proceedings. Our attorneys have training in Standardized Field Sobriety testing and are certified to administer the same test the officers will perform on individuals that are impaired. We are prepared to attack the investigation and an officer’s knowledge on recognizing clues of impairment. It is essential for you, or your loved ones, to use a D.C. DUI Attorney to navigate this challenging experience and aid in getting the best possible outcome.